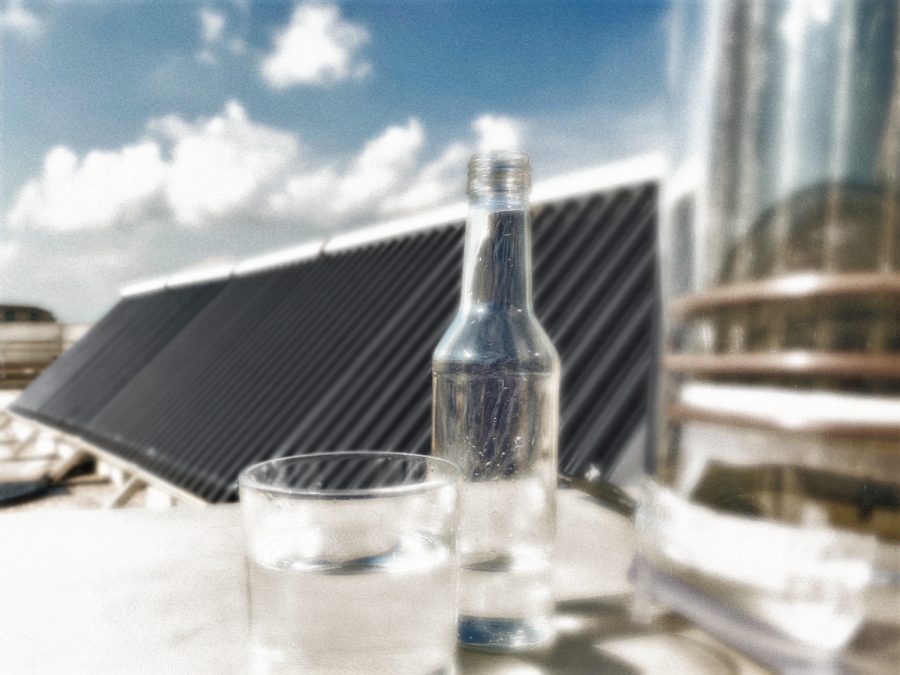 Aquaseek is a spin-off of Politecnico di Torino and a Princeton University start-up that develops technologies to harvest moisture from the atmosphere and generate fresh water. Aquaseek’s aim is to make clean water a renewable and sustainable resource available to everybody, everywhere on earth.

Therefore, the vision is not only to tackle scarcity of water, but also make it a sustainable resource by overcoming the dependence on water infrastructures and minimize plastic waste. With the aim of bringing water wherever it's needed and become an alternative water source available to all 7 billion people in the world, the fields of application are multiple, from domestic to industrial. To do so, the basic concept is to harvest the moisture present in the atmosphere and use it as drinking water even in tough conditions (e.g. arid areas, far from water distribution networks, characterized by polluted groundwater).

The idea of extracting water from the air is not new. However, the technology is covered by two exclusive patents (one 100% owned by the Polytechnic of Turin, the other 50% with Princeton University), resulting in a ground-braking improvement of the performance of atmospheric water generators. The first patented technology involves a thermodynamic process that can be activated even when the relative humidity in the air is very low, such as in the desert, where other technologies can’t, and with lower energy consumption. The second one is about an innovative bio-polymer (developed in collaboration with Princeton University) for absorbing and releasing water vapor captured in the atmosphere even more efficiently.

The technology has already received positive feedback and trust from the innovation ecosystem and institutions. Following the participation to the finals of Startcup Italia, the team received funding through two POC (Proof of Concept) grants of Compagnia di San Paolo and Liftt and, after incorporating the company in July 2021, a round of investment from Eureka! and Liftt. These are just the first achievements of 5 years of research and the passionate work of a dynamic, international and multidisciplinary team of inventors and ambitious entrepreneurs, including professors, researchers and MBAs, with the goal of making water an unlimited and sustainable resource.

Cutting-edge technology, developed by a team with strong scientific skills and years of research on the subject at international level. The technology can be exploited in different contexts and for different uses; it covers at least 6 of the UN sustainable goals and reveals very interesting market potentials.