Mercoledì, 19 Maggio 2021
Published in Technology Advisory Board
Tagged under 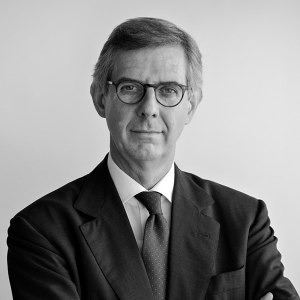 Born in Genoa on February 1965, Davide Malacalza graduated in Economics and Business Administration at the Genoa University. In 1991 he began working in Sima S.p.A., a company active in the sector of the systems for thermoelectric power plants, getting in this period managerial abilities.

In 1993 he is Managing Director and responsible of business development of Trametal S.p.A., a company trading spare parts for iron and steel industry and, from 1995, after the purchase of the plants of Metallurgica San Giorgio, also producing carbon-steel plates for trains. In 1999, after the acquisition of Spartan UK, another company active in the iron and steel industry like Trametal, he took the office of Chairman of such company, taking care of the various managerial aspects and of the modernization of the plant and of the whole production cycle. Trametal and Spartan UK held 5% of the iron and steel European market for their production of carbon-steel plates and in 2008 they have been sold to the Ukrainian group Metinvest.

From 2001 he began to develop the “superconductivity chain”. The first step was the acquisition of the Unità Magneti of Andaldo Energia, the corporate name is changed in ASG Superconductors, getting important scientific and manufacturing success (i.e. the realization of superconductive magnets for CERN and the ITER Toroidal Field Coils). Actually ASG Superconductors is leading superconducting technology also in energy and medical sector developing cables and wire in MgB2 - magnesium diboride and helium free open MRI systems. Davide Malacalza is Shareholder and CEO of Hofima and Chairman of ASG Superconductors.