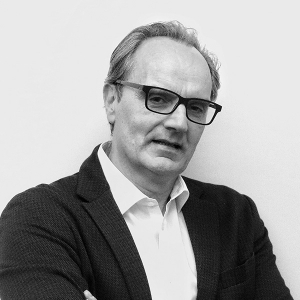 Former researcher at the National Research Council-CNR, R&D Manager in ST Microelectronics, VP of Technology in Pirelli, Director of the Center for Materials and Microsystems at the Bruno Kessler Foundation, and Member of spin-out Committee;  BU Director at TESMEC S.p.A; Managing Director of the Inphotec Foundation.